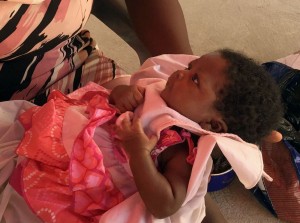 Esi Amoah came to Royal Seed Home as a newborn baby. In Ghana, children are named after the day of the week on which they are born. Baby Esi means “Sunday born” which is the day she arrived at Royal Seed Home. Esi’s birth mother abandoned her upon delivery. Esi’s Grandmother, who was her closest living relative, did not have the capacity to care for a baby and brought her to Royal Seed. Esi had only had water for three days and was immediately hospitalized for dehydration. Recently, Esi had a second health battle and spent several more days in the hospital fighting for her life. Had it not been for the attentive love of the caregivers at the home who noticed she was having difficulty breathing, Esi would not have survived.